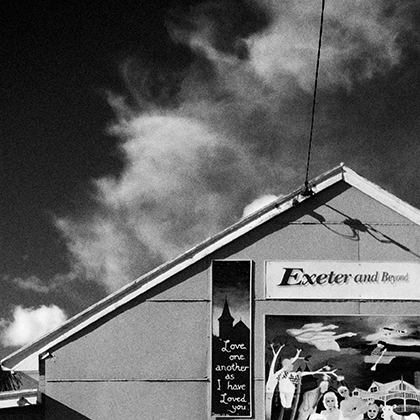 I grew up in Tasmania. I rarely go back, and I’ve never done so with a decent camera and the intent to make images. This week I’ve been back for a few days, mostly spent in Exeter (where my parents still live) and thereabouts.

Most of the photos here were taken during two long walks. The first led me down backroads and creekbeds to Gravelly Beach and back up to Exeter, the other took me up to the Supply River Church, where most of my mother’s ancestors are buried. There are also a small few of the Launceston Gas Works, an amazing building currently being stripped and flipped to developers.

A certain strain of Tasmanian Gothic does, I confess, infuse these images — it’s unavoidable. The organisation of the series has been heavily influenced by the neurotic montage of certain 1960s Japanese photobooks. Mostly shot and edited listening to Beach House’s Teen Dream.

[This series is for Anne-Fay, who isn’t here]