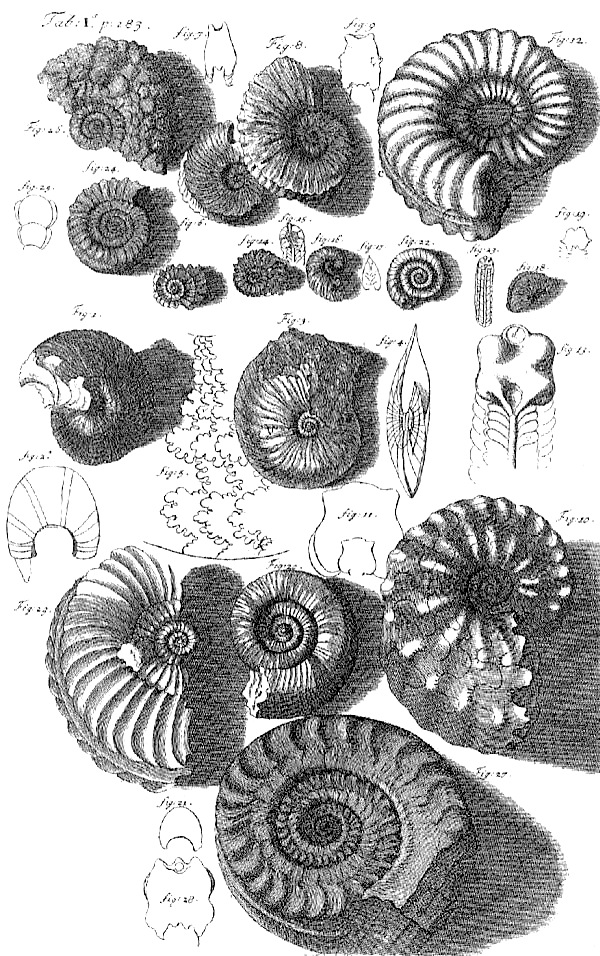 Agricola, the seventeenth-century metallurgist […] spoke of a juice (succus) that was a stone-forming spirit (lapidificus spiritus). Robert Boyle, one of the founders of modern chemistry, called it a “petrescent liquor,” from the Latin word petra, rock; and he thought there might be special juices for metals and other minerals […] There were moments in the sevententh century when no one could admit that fossils might be the records of animals that lived before Biblical creation […] It was supposed that “stone marrow” (merga) “dissolved and percolated” through the earth, sometimes forming bone shapes and other fossils. Alternatively, people thought that fossil shells had been real shells that were invaded by the stony liquor, a stone-forming spawn that seeped quietly up from the depths of the earth and overtook the slow and the dead.

[The illustration of ammonites is from Boyle’s colleague Robert Hooke’s Lectures and Discourses of Earthquakes and Subterraneous Eruptions (1668?1700)]